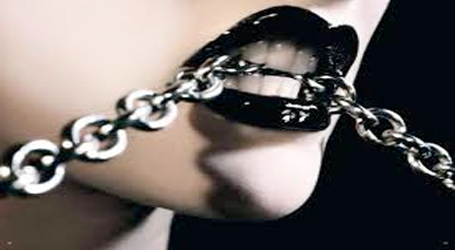 The Chains of Bondage

Tradition spoke to young Winthrop Bennett in a choir master’s voice. “Sing your part. Keep in time and tune.” Pale with flaxen hair, he was never an athlete or a scholar, but piety came to him easily and in abundance as did the approval of all who raised, educated and inspired him. Like the full harmony that reverberated within the walls built of the plentiful stones cleared from the surrounding not very agrarian fields, his church, his family and town surrounded him and combined to fill his soul with a sense of perfection.

Malvern village/town existed before the cutting of the Interstate as a gathering place to conduct the commercial business of the area’s few factories and farms. Only Tolbert Academy–where Winthrop had excelled in all his courses–challenged the church as the basis of his intellect. Yale Divinity School perfected that understanding of himself, the world, and God by leading him onto beautifully constructed bridges of thought between temporal doubt and divine certainty.

Winthrop found his ambition young—to marry Margaret Whistler, the only daughter of the rector of St. Mark’s, to succeed his father-in-law, the Reverend James Whistler, onto the ornate carved dark wood pulpit which thrust out like the prow of the ship of sanctity into the assembly, there to scan the congregation and steer the righteous of Malvern to safe waters.

The Chains of Bondage is 200 pages long. The author is seeking beta readers to line edit before submission to agents. Author is willing to pay a small stipend of $20 per read.

I may have made a record in reaching the age of eighty-four without knowing what a beta reader is, or was. Okay, some kind of editor, but what kind? Giving professional service for little or nothing? What do editors think about that?

In order to find out more (the dictionary being unhelpful) I tried Wikipedia. My spell-check was negative here, so the red squiggle remains under the word. Apparently there are alpha readers too, though the site seemed a bit vague about them.

I read on to get a rundown on the beta-reader’s job and again, it appeared to be content, or concept, or substantive editing. I wish there was just one word for this work, but no. There are two more. Jaw-breakers.

I am as sure as I can be that multiple readings of fiction are not a good idea.

I certainly don’t advocate showing one’s half-written book to just anybody, for a bit of praise and ego boosting. Some people with limited experience love to advise.

Using an editor may be the difference between getting a trad publisher and paying for self publishing. There are thousands of books out there, badly presented, unedited and unlikely to pay anybody. I have searched the Internet for reputable self publishers for clients, but there aren’t too many around. Some will charge far more than an editor and leave the writer with an expensive book that nobody will buy.

Back to the beta readers. I concluded that their services might be a good idea for specialist books, but that novels are too personal. Now, I am reading about writers who have used several beta readers to ‘read a work of fiction with a critical eye, with the aim of improving grammar, spelling, characterization and the story.’ The article points out that a beta reader is not an editor or proof reader but can do the work of both. I understand that they may charge a small fee or none.

Is it wise to have somebody working with you on a novel?  Beginner writers are developing their own style, and some like to have the reassurance of a new pair of eyes to keep them straight. Several pairs of eyes might confuse rather than help

Now for the good side. How wonderful to have a beta reader to help with your non fiction. Fiction is everywhere in many different genres and very hard to place with a trad publisher, so writers say they can’t afford an editor. But how many self published novels are bought by publishers? Self-editing and marketing usually eat away the profit.

My own work is mainly non-fiction, although I have three published novels and am slowly incubating another. Non- fiction, from memoir to specialist manual, requires knowledge of the subject, which must be checked before publication. Every subject has its specialists and not all writers can produce a book without guidance. You won’t get away with mistakes.

Non-fiction books on subjects from self-help to antique collecting – practically anything – really do need an expert to check them out before self-publication, as a few writers going it alone, have discovered to their cost. Surely this is an area where a beta reader is invaluable – and cheap. It is easy to run up a big bill on research (I’ve done it). I wish there had been a beta reader at hand to help out. And of course you will have a much wider choice. I fear that professionals sometimes take on non-fiction books on subjects they are unfamiliar with. And sometimes get away with it. But there is bound to be a beta reader familiar with the subject somewhere – you need only ask on LinkedIn!

Of course novels too have to be free of mistakes and genre fiction needs research as much as non-fiction.

I have to say that some editing can be intrusive. The first time writer must be allowed to develop a theme. The editor’s job is to guide rather than correct. Multiple editing can turn an original work with faults into a standard book like hundreds of others of its genre. This used to happen with teachers and talented pupils at school, resulting in the stunting of imagination.

Today, reading these fascinating discussions, I sometimes wonder, what happened to imagination? Is it still cramped by rules, many of them out of date? There is such a thing as over-editing and killing a book. I have known it happen. This writer asked everyone’s advice and tried to take it. She worked at certain times of day for a certain number of hours, then handed the copy over to a friend and then another friend. Beta readers were in the future. The book was correct – and boring.

I have worked on a book where the author’s lack of experience and technique had led to something hard to read. His imagination set fire to the whole thing and it needed careful handling to edit without damaging it.

Talent and imagination come first. Technique can be taught.

“I am a serial killer. I would kill again.”
Aileen Wuornos

It had been a while since the last one; Ana felt the hunger returning.

She didn’t know what else to call it besides a kind of hunger. The hunger was a black, three-dimensional cobweb that reached every part of her brain–it gnawed slowly like a Saint Bernard with a big bone. She knew that she could ignore it for a while but soon she would have to deal with it.

At the moment, all she wanted was to sleep.

Ana would not hesitate to slaughter a church full of priests if it meant she could sleep in a bed tonight.

She had traveled most of the day. Warming the right side of her face–the sun sat on the horizon to her right–sweat rolling down her back. Small rocks crunched under her feet as she walked along the side of the old Texas road.

She didn’t know how long she’d been walking–it must have
been a few hours because her left knee and both ankles were
getting sore.

She took off her plaid, long-sleeve shirt, a shirt that she stole a couple of weeks ago from a department store, and tied it to a strap of her backpack. The wind felt good against her slick, sweaty skin but she was tired. Nothing would beat a shower and a soft bed she thought.

Ana felt like she could sleep a for a week.

Last week she landed at a truck stop south of Amarillo, Texas. She couldn’t find a willing trucker at the truck stop to let her crash in his truck’s cabin. Most of them wanted to fuck her first, but none met the minimalists of standards.

Since she was in no hurry to get anywhere, she hung out at the truck stop for a few days and nights. Ana’s days were spent in the truck stop’s eating area, working a crossword puzzle she found in the bathroom, and drawing doodles on napkins.

An elderly couple–Joan and Bert–struck up conversation with Ana the second evening. She told them a sob story how her fake boyfriend left her without any money, and they bought her a cheeseburger (with mustard and pickles only), french fries, and a large fountain drink: Coke, not Pepsi. She slowly drank fountain drink, refilling twice, and savored every one of her fries. She only ate a bite of the burger–she saved it for the next day. Bert stood up, telling her that they were leaving.

Motel is approx: 7,700 words. Shawn is seeking beta readers to check for issues with grammar, scene flow, etc. He would like revisions back in a week, ten days, if possible.

Sorry, he cannot pay. Maybe, for his next project/novel Serf 72, he could pay something. Interested beta readers should contact Shawn at shawnraiford@yahoo.com